Sarah here! Being an Asheville wedding planner means that I get to meet amazing new people all of the time. From the first moment I met Anna Marie, I knew we were going to be great friends. She’s a firecracker (and I mean that in the most awesome way), and she has a fierce sense of style and a taste for the dramatic. Wrap all of that up into a New Year’s Eve wedding, and you can not go wrong! I also loved Kelly the first moment I met him, he is an earnest straight shooter with a sincere heart and a wonderful sense of humor. Anna Marie had a beautiful vision for her wedding, and we can’t wait to share her details with you in our next blog post… but first, let’s celebrate their amazing love story!

Always love the nervous energy that exists during the getting ready part of the day. 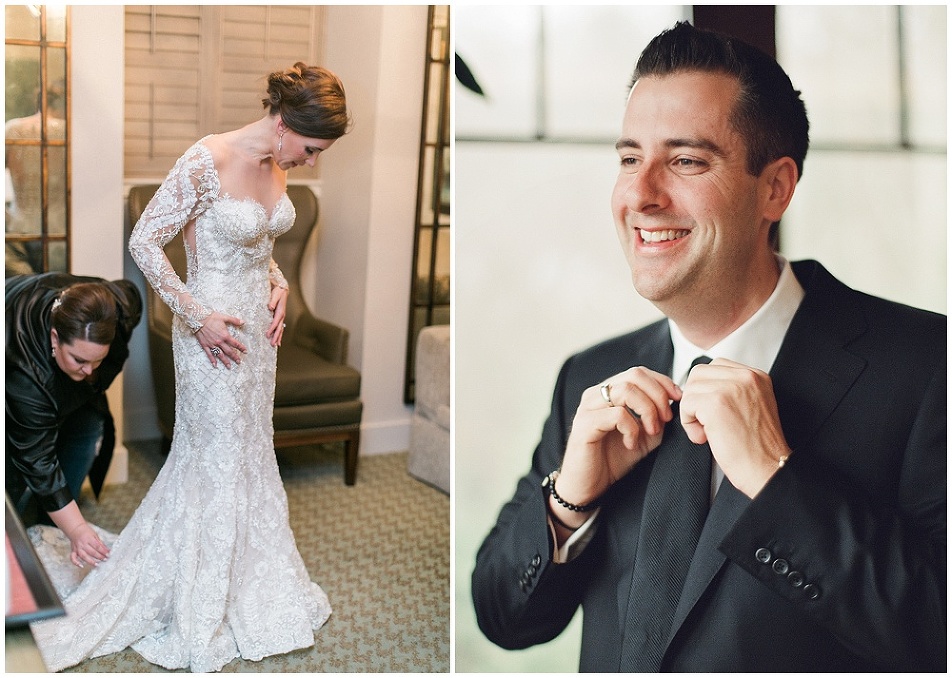 first looks for the win 😉 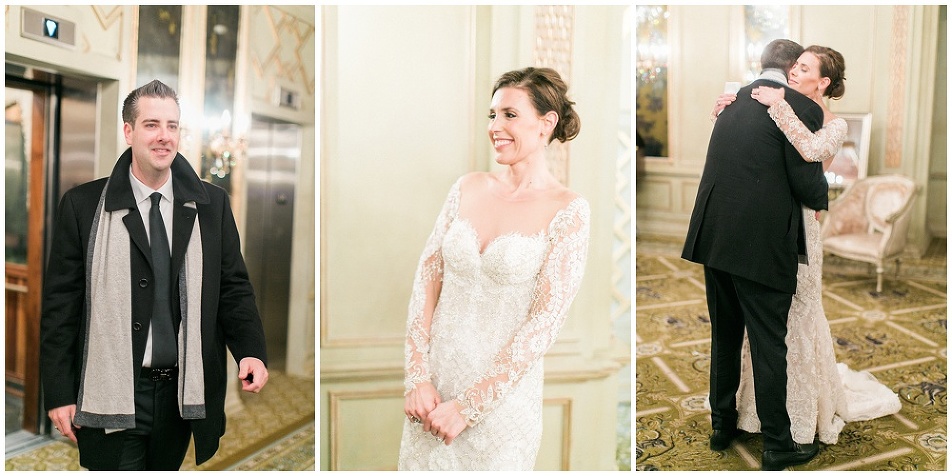 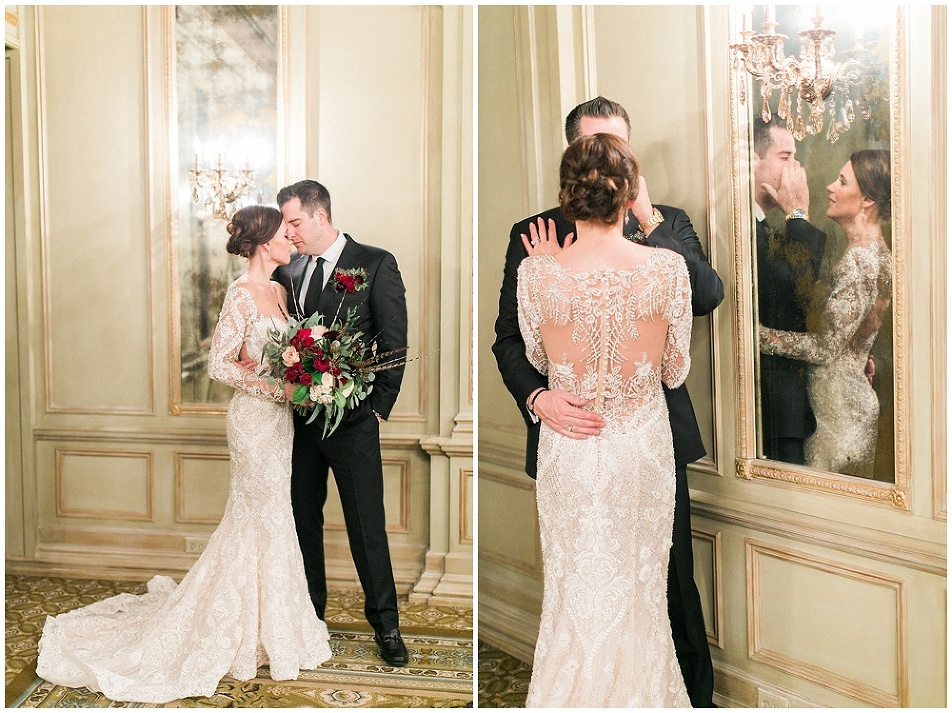 This room was magical.

The Grand Bohemian is an amazing venue. There is so much character there, and it is always fun to explore all of the different aspects of that space!

Kelly owns a sweet potato farm, and the year they got married was going to be the 75th anniversary of the farm, so Anna Marie had our local fabulous ice cream store The Hop create a custom ice cream flavor in celebration. And Kelly’s favorite thing EVER is ice cream, so it was a match made in heaven, that ice cream was to die for!

New Years Eve weddings are some of our favorites, they are so festive and celebratory, and they are the perfect opportunity to do something fun and different.

Ending the night with a balloon drop was a fun idea! 🙂

You wouldn’t know it from the images we just shared…but there were some crazy behind the scenes stuff going on during this wedding. As an Asheville wedding planner, I know that something unexpected always happens, sometimes it’s a BIG unexpected, sometimes it’s a baby unexpected. And if you have a fantastic team working for you most of the time, 99% of the time, you won’t even know. This was one of those times when mother nature decided to remind us all who was boss and throw us a big ol’ curve ball on the day of the wedding. A unexpected ice storm totally blindsided Asheville on New Years Eve. At about 3PM (right when we were getting ready to take first look pictures), Biltmore Village suddenly transformed into an ice rink. That’s putting it mildly, it was like bumper cars out there. Cars were going in ditches left and right, the city shut down the interstate – SHUT. IT. DOWN. Fortunately almost all of the wedding guests were staying at the Grand Bohemian and the Double Tree across the street so they just had to penguin their way over.
UNFORTUNATELY, the groom and the family were in a beautiful home about 4 miles away. So we got on the phone, told them to pack up and get in their cars and head our way immediately, it took them 3 hours to go 4 miles! But we caught it early enough, so we gave the guests drinks when they showed up to the ceremony, and Anna Marie went down the aisle just a half hour later than she was supposed to. Anna Marie and Kelly were such troopers about the whole thing, they just wanted to get married and have a good time – and we got them both!
With all of the weather madness, portrait time was limited, to say the least 😉 We love these images that Almond Leaf Studios captured of this gorgeous couple after their wedding!

Thanks to these amazing vendors who help make this event magical!
The Hop
Celebrations
East West Vintage Rentals
Java – ECE
Almond Leaf Studios
Flora
Classic Event Rental
Nuage
Masterpiece Sculptures
Next up on the blog: more of the amazing details from Anne Marie & Kelly’s wedding. Can’t wait for you to see!