Love is Love – Amen to that! | Bernadette Coveney Smith | Wedding Planners for LGBT Couples in Asheville

What a wonderful day! It may be rainy and dreary outside but Verge Events spent the day listening to Bernadette Coveney Smith speak at NACE (National Association for Catering and Events) hosted in The Venue in downtown Asheville.

Bernadette is the founder of 14 stories, a wedding planning firm that specializes in planning gay and lesbian weddings. She has authored several books on LGBT wedding planning, has been featured on the Today Show, CNN and The New York Times, and today we were lucky enough to have her in Asheville for her talk “Love is Love” where she covered the importance of including the LGBT community in the way we talk about and market weddings. 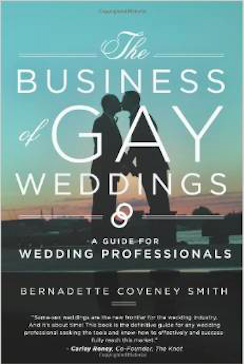 The wedding industry has historically been very heterosexual and it is time we evolve consciously to be all inclusive, not just in the way we talk about weddings but in the way that we think about weddings too. And if there is one thing that Asheville is it is all-inclusive! I know that’s one of the reasons I moved here. 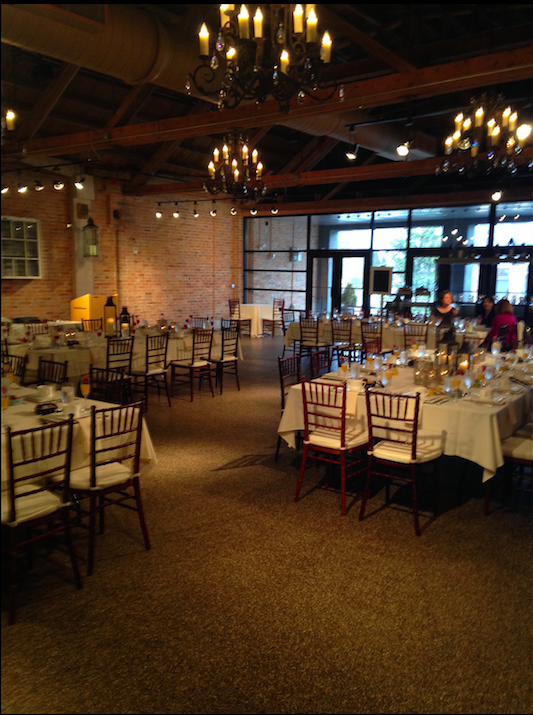 The set up at The Venue before guests arrived

As you know North Carolina stepped into the arena of marriage equality on October 10th of last year. Our first same-sex couple showed up on our doorstep on November 5th, it also happened to be the fastest wedding we have ever organized! Walter and Emmanuel had driven from Georgia that day, picked up their marriage license and were looking to be married as soon as possible. Verge made a couple of quick phone calls, Officiant Howard Hanger drove right over, we set them up in our upstairs studio, and Kai Schmoll from Blue Ridge Staffing and our very own Stephanie Douglas acted as the witnesses.

At Verge Events we fully support marriage equality, over the years we have seen many couples walk down the aisle and make the vows associated with marriage. We know that “Love is Love” and are excited for the important steps that North Carolina has taken to recognize this sentiment too. It has opened the doors to allow us to fully embrace our titles as WEDDING planners and designers, meaning ALL weddings regardless of race, color, gender, sexual orientation, age, religion, national origin and whatever else you assholes out there want to discriminate against people for!

« We’re famous! Or we like to pretend we are | Feeling the love at Verge EventsKayla and Gerald are married! | A Grove Park Inn winter wedding | Asheville wedding planners »